New to the forums, but a long time lurker, gathering my info in the shadows.

This thread will be ongoing and refreshed as I progressing my build.

I picked up an aluminum 5.3 with 168k miles. The motor was dismantled and the internals look outstanding.  I plan to have the block decked and the heads cleaned up prior to assembly.

I'll update the shopping list through time as I am sure I missed a bunch of stuff.


I've selected the 944 as the candidate as I used to race/autocross back in 2004.  Got bit by the bug again and now I want to get back out there in something faster, yet familiar to me.

Looking forward to any advice.

i think for the power levels your asking i wouldnt be going turbo. the ls in a 944 is already fairly tight, adding a turbo makes things quite complex. it has been done before, but not too many exist.

now generally speaking, a turbo on a street car and a car thats going to spend time on a road coarse require some different planning. on the street, you get on the throttle a bit, then cruise around, on the track your always on it. heat management becomes a real issue. i dont think a 951 intercooler is enough to keep the air charge cool for a turbo of that size. a v8 swapped 944 also seems like they tend to run a little hot on the track, sticking an intercooler out in front of the rad is going to make things worse. also underhood temps become more of an issue. another thing to consider if your building a road race car is a turbo can change the classes you can run in.

for what your horsepower goals are, a turbo really complicates things. you will be able to reach your power goals n/a and stick within a budget. what i would do with what you already have, since the motor is apart anyways id get a set of flat top pistons for a 4.8l, a good cam, and a set of 243 heads. the 243 heads flow real well as is, but if you wanted to, porting will make them better. the flat top pistons will bump the compression a bit. i would also save some money by going with a stock gm computer over the FItech, for the power level the gm computer is just fine.

243 heads are 64cc chamber. the 243 head has a larger intake valve and larger ports. the port volume isnt a big difference though. you could have the larger intake valves put in the 862 heads and have the ports worked to match, or you could use the 243 heads and have the milled to drop the chamber volume. if i had to choose out of the box id take the larger valve and ports over the slightly higher compression.

Do yourself a favor. Run like hell from the Fitech. I've had a lot of time dealing with Fitech. I refuse to use them anymore. Super hard to get to work right. Won't self tune on a big cam engine. It gets very lost. And their customer service is rubbish at best.
Stick with the GM ecu. Their are lots of people running big power with the stock ecu and a good tuner that knows what he's doing.

I have a Trailblazer harness that looks a little old but can be made to work. I just need to buy a PCM.

What is a good cam since I am now swayed the NA route for road racing?

if yours is a 24x/1x trigger setup i would go with a 99-02 truck ecm, ls1 camaro. using these computers allows you to stick with a cable throttle body and forgo dealing with drive by wire. these are also one of the more simple computers to tune if you decide you want to buy hp tuners and try tuning yourself. for a wiring harness, i would recommend purchasing a swap harness, quite a number of companies make these, and they range from converted factory harnesses to complete new ones. you can get a junkyard harness (from the same vehicle as the ecm) and convert it yourself, however its a long and tedious task. ive done a number of them, they take me about 16 hours to cut down to the basics and make them fit nicely.

as for cam choices, a lot of people will recommend texas speed, ive never used one. i tend to gravitate to comp cams and have used them for all the ls engines ive put cams into, and had good luck. i cant recommend a specific one as ive never put one in a 4.8/5.3l, a cam i typically put in a 6.0l would be quite large for the smaller engine. id recommend once you sort out some of the other things (heads, compression ratio, etc) to contact comp cams help line and they can help select a cam. most of the time people pick a cam thats too large for what they are doing and end up sacrificing torque.

I am stuck between looking for 243 heads and the decision to Port my 862s to Stage 2.5 through Texas Speed.

it really depends on the budget as to what you should do with heads. ported heads with larger valves are going to outflow a stock 243 all day. also keep in mind the cylinder heads are where you make your horsepower, so money spent here is going to be money well spent. just figure out your bottom end before you order your heads as you have your choice of combustion chamber volume.

Bottom end is staying stock save for some ARP hardware. Not changing the dished Pistons.  Heads and cam are where it will be spent. Keeping the 862s and will mill those.

May say screw the 224R and go with this.

the ls9 cam does work well. keep in mind that it doesnt have the trigger wheel ground into it like the gen 3 engines, so it requires you get a new timing cover and cam sensor and a new 3 bolt 1x trigger cam gear. if your worried about cost you need to add those items to the list.

Next question... Reuse Trailblazer lifters??? They look okay to me but want a more 'professional' opinion.

I believe I can do the motor for $2500.  Not including external bits like intake, fuel rails, etc.

2500. To rebuild is cheap. When I did my LS3 parts alone were more than that up here in Canada. My gasket set was 1200 Canadian.

Next question... Reuse Trailblazer lifters???  They look okay to me but want a more 'professional' opinion.

I believe I can do the motor for $2500.  Not including external bits like intake, fuel rails, etc.

You'll need to get the correct cam chain sprocket (3 bolt from LS2) and front cover with cam sensor to make the LS9 cam work. You will also need to lengthen the wires that go to the cam sensor on the front cover.

Get the LS7 lifters. They will hold up to the high rpm's way better than the stock lifters. Also use BTR valve springs. Stock springs will break.

Mongo wrote:New to the forums, but a long time lurker, gathering my info in the shadows.

This thread will be ongoing and refreshed as I progressing my build.

I picked up an aluminum 5.3 with 168k miles. The motor was dismantled and the internals look outstanding.  I plan to have the block decked and the heads cleaned up prior to assembly.

I'll update the shopping list through time as I am sure I missed a bunch of stuff.


I've selected the 944 as the candidate as I used to race/autocross back in 2004.  Got bit by the bug again and now I want to get back out there in something faster, yet familiar to me.

Looking forward to any advice.

Ill be happy with 330-350 at the wheels.  I plan on doing the Turbo Transaxle as well. I plan on road racing mine as well just for fun on the weekends. AS well as Cars and coffee, etc.

Will a Cloyes C3220 work for this cam and LS2 front cover?

Mongo wrote:Will a Cloyes C3220 work for this cam and LS2 front cover?

that appears to be the correct one.

Great! I saw one in O'Reilly today for 40 bucks. Just had to confirm with the experts here.

Mongo - Sounds like we are on the same path for our builds.  Here is what I purchased:

Shipping is free if you go over $100.  The issue with the timing cover is not the cover, but the sensors, bolts, gaskets etc.  So the link I provided covers the entire kit.

Here is and entire kit less sensor and other items for the LS2 change over, with oil pump and gaskets.

I wish I had found this kit before I started.  I ordered my LS2 cam sprocket from Scogging with timing cover, but see there may be better options.

Also, I was looking at using the Hooker Turbo manifolds for a turbo, but have decided space is an issue and as Sharkey states, complicates the process.  Good luck

Anyone managed to get one of these to fit in the Texas Performance oil pan made for swapping into our 944s?

If I am road racing, I want as much protection from starvation as possible.

doesnt the tpc pan have trap doors in it?

if you want extra protection id recommend an oil accumulator. its not a replacement for proper oil control in the pan, but its added insurance on the road coarse against oil starvation.

sharkey wrote:doesnt the tpc pan have trap doors in it?

Yes, pic of the inside of my TPC pan, each corner of the sump has a trap door: 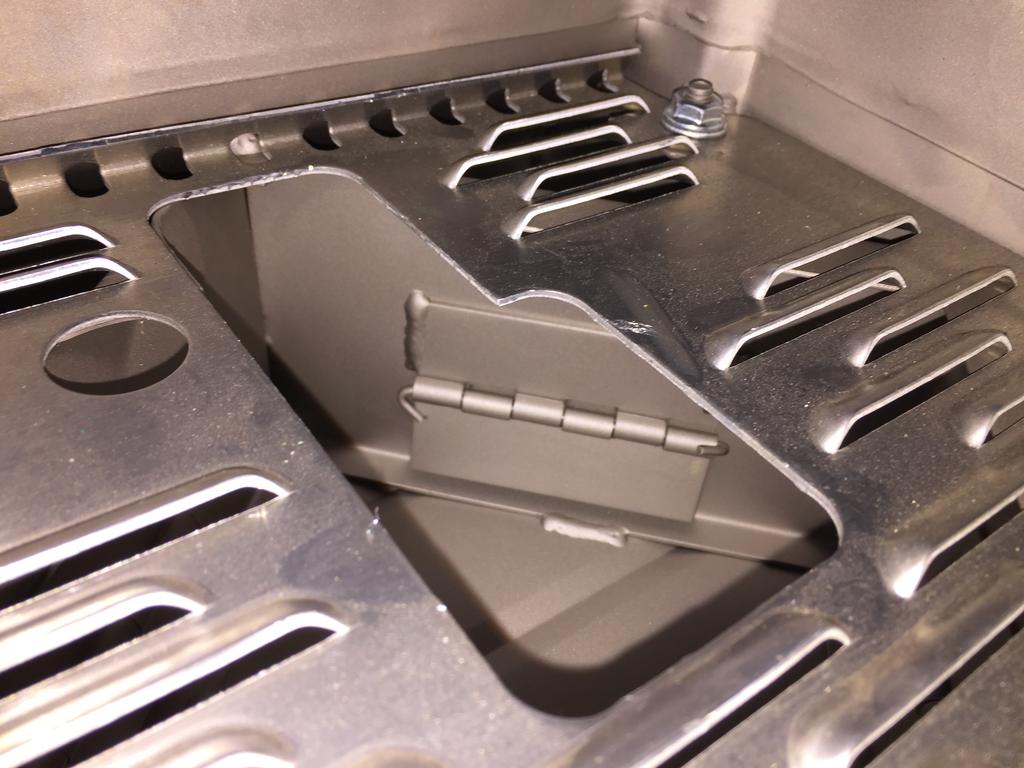