Has anyone converted a long tube header to fit the LT motors? 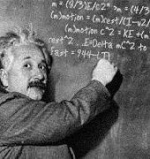 LT-1,
How did the long tube headers hold up? Did the first picture in that album work out?

Thats not my gallery.

Well that halfway answers my question then.

How hard was it to do? I'd like to run long tube headers on my car, but am not sure how hard its going to be. My brother is a welder (a pretty good one too) and he's agreed to weld it if I'll cut and fit everything.

Does anyone know if the early 327's will use the same headers as our LT-1's? Reason I ask is because I'm looking at these headers from jegs, but they don't specifically say they'll fit a 350.

Double check the port size/style , Which do you have the "O" or the "D" . That will make a difference.

My headers started out as Summit Camaro "O" headers. My heads are LT1 aluminum but the holes in the header flange clearss the "D" exhaust ports.

It was a lot of work to modify these. It almost would have been easier to scratch build them.

Now I've just got to see what style the early heads were then I should be good?

Thanks for all the great info by the way.

How did you run the gen II (reverse cooled) head on a gen I block? I thought they mounted differently.

How did you run the gen II (reverse cooled) head on a gen I block? I thought they mounted differently.

You need to weld the 2 large water passages on the heads closed, surface the heads and re-drill the Gen I cooling hole. Then for the outlet I drilled and tapped two of the steam holes for 1/2" pipe. I ran a hose from each to a remote t-stat housing that I mounted on the left head. You can see it here

I am also going to weld bosses on the valve cover rail so I can drill and tap the holes to hold on early valve covers.

The early heads have round exhaust ports but the Summit generic Camaro headers clear and don't cover the lower corners of the port like some do.

Wow, looks like you put a lot of work in that and it shows.

Alright. One more question and I think I'll have a relatively good grasp on this stuff.

Other than the steering shaft on the drivers side, the exhaust ports, ect. Are there any major things I need to take into consideration when looking for a good set of headers to modify. ie: is there anything major that is in the way that I'll have to build around that I should think about? Is there any modification that needs to happen on the passengers side (wouldn't think so since that is where the current manifold sets)?

Here are three I found that look good.

Only thing I don't about the summit ones is they are 18g where the jegs are 16g. Don't really know if it matters that much though.

1st one
This one looks like I'd have to point #5 straight down to clear the steering shaft. (I have a manual rack if that makes any difference).

2nd one
This one looks alot like the hedman that was used in the LTH on PHB. Probably have to move #5 again.

and the 3rd
This is the one from jegs I referred to earlier.

The reason I chose this is twofold. First, I didn't want tons of low end torque so it will be easier to drive at WOT from a stop. Second I wanted to keep the power band something like a real 924 Carrera GTS. (outside of it being almost 100 lbs. ft. higher than the GTS throughout the entire range)

Now for the headers.

The right side looks as though it would fit without modification but.......

You need to bring the tubes closer to the engine at the frame rail. I did this by cutting a pie shaped piece out of the bottom of each tube just behind the head mounting flange. Then the rear tube hits the firewall. And the collector hits the rear a-arm mount. Other than that it fits perfectly.

The drivers side is more difficult. It also needs the tubes moved closer to the engine at the frame rail. The rear tube hits the firewall. The collector also hits the a-arm mount. And the steering shaft passes through both center tubes. I compared a few different headers and they all need these mods. I thought that maybe Corvette headers might be better to start with but the set I looked at had the same problems.

Maybe there is a set that fits better but without being able to actually try fitting different sets you would only be guessing.

As far as the tubing ga., I have used 18 ga. headers for years without problems. I haven't broken any headers on any car unless something catastrophic happens like hitting something or breaking a motor mount. (have had both happen) I don't see that 16 ga. would have made any difference. The 18 ga. may rust through faster but I am getting mine ceramic coated so rust will not be much of a problem.

These aren't converted but thought they were worth sharing. My Sandersons cracked in a couple of places so rather than reinstall with the same likely result went to Stan's headers in Auburn WA and had these made. Unfortunately they did not make a jig so can't make more without the car. They are 1.625" 14 gauge. Big increase in torque vs the shorties. V8carreraGTS - I have been intrigued with the L99/LT1 302 forever and thought it would be a great complement to the weight and gearing of our cars. Stock PCM only goes to 7000 on the obd1 LT1 which takes away some of the benefit of a destroked engine, but you are not so constrained with your platform. All the guys on the LS1/LT1/F-body boards panned the idea, glad to see it worked out for you.

I am using a Dynamic EFI system. It uses a modified GM ECM. (batch fire) I got turned on to these guys by friends in the Corvette crowd. It's a pretty slick system that goes to 8000 RPM's.

Those are nice looking headers!

Thanks for the info v8. I understand where your coming from on your engine build. The car looks great too!

Those are nice looking headers. Do you have any more pictures of them?

A coupe of shots of the headers here:

Besides the better torque, they sound quite a bit different. Much lower pitch than the shorties made, especially at high rpm. I assume it's like a longer piano string making a deeper note. Added a big resonator too. Much stealthier now.

Thanks for the extra pictures.

Besides the better torque, they sound quite a bit different.

That's one of the biggest reasons I wanted the long tubes, but the extra torque will help out too.

Just got the set we've built back from being TIG welded....we just have to trim to length, close up the collector, and install the flanges. Then they are off for JET coating.

Eric,
Now that your LS headers are looking finalized, how about the LT??

Similar topics
» Summer-long Lettuce?
» yard long beans
» How long to soak dried beans before planting?
» How long do pickles keep? Are these safe?
» BBG, how long before i can finish weeding the flowerbed