The plugs will look like this. The connection point is located just above the vacuum brake booster 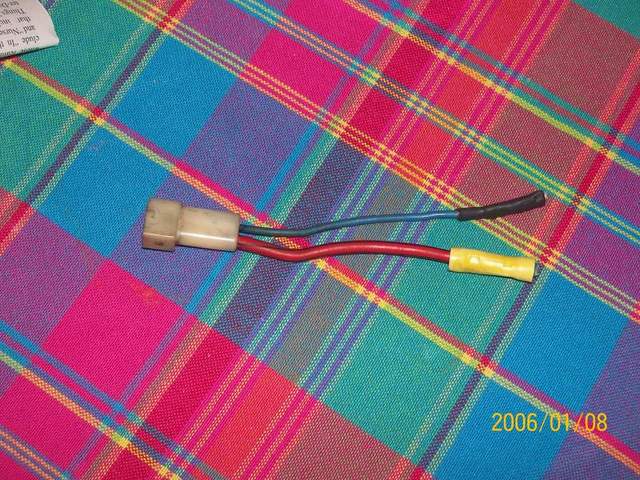 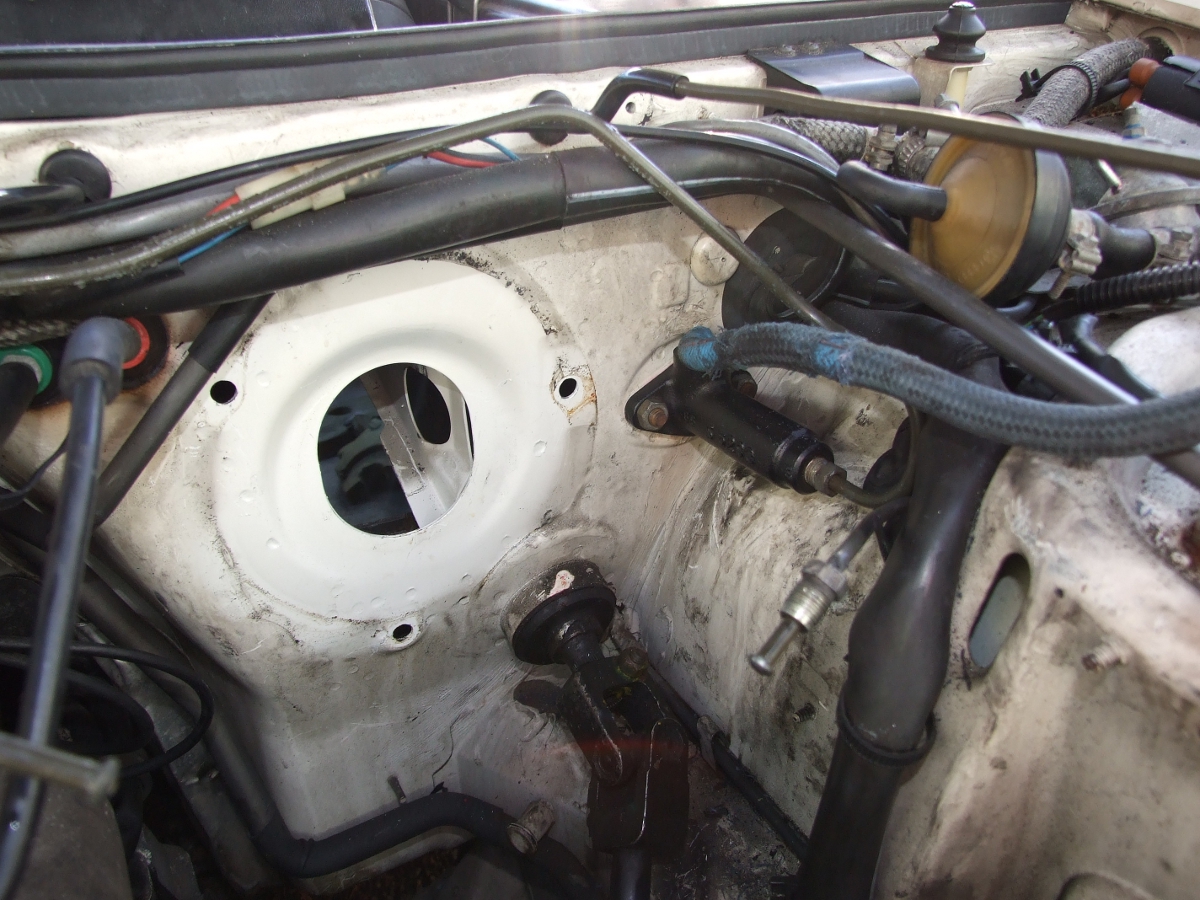 the problem is i got a little too enthusiastic when first starting the build and here is what i have currently:
(please note that the white wire in pic is soldered to a red black wire in the bundle of wires right before it passes through the firewall). so i have the red w/black line and black larger guage wires, and then the blue which is part of a seperate bundle of wires, where there is also a smaller guage red and black wire. i'm totally perpelexed and ready to go exceot for starter and alternator wiring. ugh. many thanks-

sorry, can't seem to insert actual pic (yes, i read the instructions, but cant seem to get to work properly
on an IPAD, i'll keep trying) 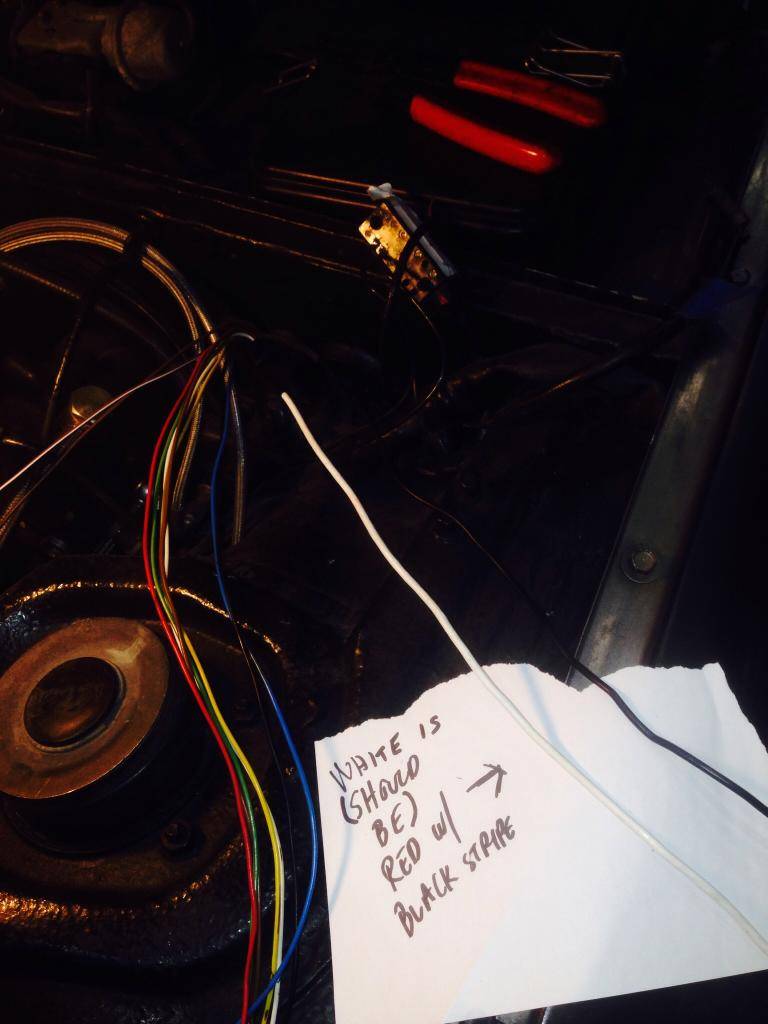 Rich- on the Painless Adaptor, did you use the resistor noted in the instructions given by painless?

Jasonscottw wrote:Rich- on the Painless Adaptor, did you use the resistor noted in the instructions given by painless?

No. I hooked it to the blue wire of the original 944 wiring which goes into the dash and the battery warning bulb acts as a resistor. It's been working fine for a couple years now.

What gauge wire did you run from ALT/adapter
to the battery?
Thanks-

Hey Jason. I actually re-used the stock 944 cable. I turned it around so the crimp where the two cables are joined is at the battery, instead of at the alternator. The shorter cable runs to the starter and the longer around the back of the engine and down to the alternator. It worked.

Thanks Rich- yeah, home stretch.
If only I could find the friggn blue alternator trip wire.
Can't find anywhere. I found the starter wire, and the motor turns over-
But guess I gutted the harness too much- no
Blue wire.

Any idea where that blue wire goes to before the 2 pin connector?
Been wading through wiring diagrams, but can't locate.
Could I tap in at fuse box? Somewhere?

The only blue wire I've located by the fire wall is in the 7 pin round connector, which
seems to go to the fog lamps. Medium/bright blue.

That way I'd only be using two out of the 4 wires coming from the alternator, is that correct?

Or, do I hook the ABS signal wire up to the red/black stripe, then give either switched 12V or unswitched 12V to the D+ charge light?

Take your alternator to the shop, have them fit a one wire self exciting module.
One heavy wire from battery to alternator, simple, easy and trouble free.

Thanks for the reply, but it doesn't really answer the questions I have. I don't want a 1 wire hook up for several reasons, the main one being I need to send an alternator signal to the ABS.

Here's what I did... This is the instruction page that came with the pigtail from Painless.

It calls for 2 connections to the car. This in addition, of course, to the big cable that goes from the post on the alternator to the battery and starter motor.

"IGNITION SOURCE" - This I spliced to the blue wire from the 2-pin connector at the firewall. I believe this goes into the dash and hooks up to the battery warning light.

"BATTERY" - This I ran a new wire to the fuse box and spliced into switched power. So this gets 12 volts the same time as the PCM and everything else.

Now, as far as triggering the ABS computer, this gets a little murky. My '87 n/a didn't have ABS from the factory, but I found a 4-pin connector behind the glove box on the passenger side with all of the stuff the ABS needs. One of the wires in that connector gets power once the alternator starts generating volts, telling the ABS computer when the engine is actually running and triggering it's self-diag stuff. The other wires in that 4-pin connector are switched power, brake lights and the ANTI-LOCK light in the dash.

Josh, your car might be different as it's an '89 with factory ABS. But maybe this connection behind the glove box is all good. I'd focus on getting the charge light in the dash working. That should come on when you key over to ON along with the rest of the warning lights. And it should go out once the engine starts, meaning the alternator is generating volts. That very well could be enough for whatever circuitry exists in there to tell the ABS computer to go.

So I got the painless 30707, but then realized I have the CS130d alternator. So I got the 30705 pigtail from Painless.
The thing is, the wiring instructions are different from the 30707- there is an ignition input into terminals i AND L, with the designation that the line to L has the bulb-
Anyone done this?? Help?

Sorry Jason, I should've said this. Yes, the diagram above is the 30707 "late" style plug. And this one is the 30705 "early" plug that is shaped differently. 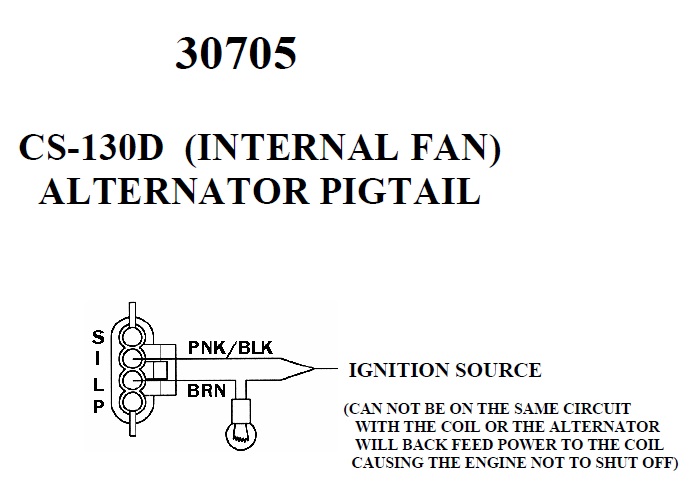 I did the same thing: bought the 07, didn't fit, then bought the 05. But I wired the 05 just the same with the blue wire to the L pin and a new wire from switched power to the I pin.

By the way, Jason, check docwyte's thread "It begins..." He's working on the same thing, wiring his alternator, and has some different ideas than mine. My setup is working in my car but others have done it very differently. Good luck.

Thanks Rich. Got it.
Yup, I've been following Docwyte's thread.

Last question:
Where did you get switched power from? Confused as to the best place to pull from-

I got it out of the fuse box. I yanked the DME relay and tapped the switched power and fuel pump wires there. It's a bit of a rat's nest... 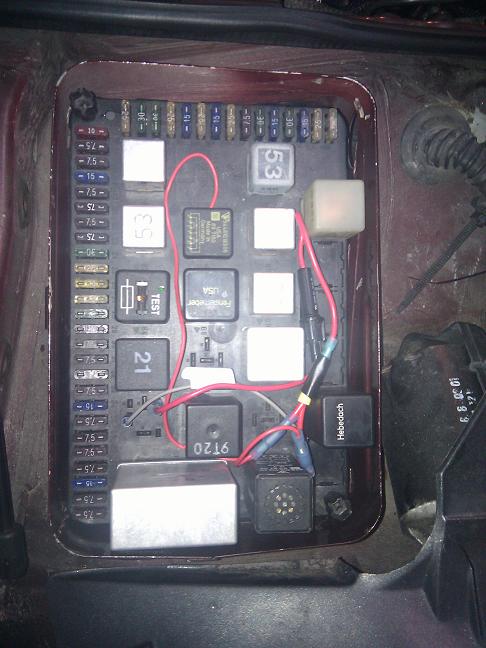 Rich- I really appreciate the help!

Problem: I'm still not getting the alt warning light to glow. It never has, but I figured until now that this could be because the alt had zero wiring to it. Could the alt warning bulb be blown? Is there a way to test it without removing the instrument panel?

Alt is wired up as per instructions, using the painless pigtail. Brown to the blue exciter wire by firewall, pink to switched power. I pulled switched power from the heated seat fuse, which showed +12 on my multi meter only when ignition on.

1 gauge wire goes from the post on the back of the alternator to the positive terminal on the battery.

Is there any way to test the bulb? Is it easy/hard to replace the bulb? Did the advanced search but only came up with methods of instrument removal.

****When I tested the blue wire with a multi meter it did not show any voltage when the ignition turned on. Is that confirmation that the bulb is bad? /I.e. Is it wired "in line" and so it wouldn't let voltage past if it it was blown?

What am I doing wrong?

At the moment I can only crank the engine over, - a buddy is fabricating the exhaust and programming the ECU for me. It's due @ his shop at the end of the week so trying to get everything resolved before then.

So close . . .
Any input greatly appreciated.

Really easy to pull the cluster and confirm that
A: The bulb is actually there
B: The bulb isn't blown

Laugh all you want at "A", but a douchebag previous owner of my car had removed ALL the warning light bulbs from the cluster...

Thanks docwyte- nothing would surprise me at this point

Do you think that no voltage @ the blue alt exciting wire upon ignition is indicative of a blown (or MISSING) bulb? Assuming I even have the correct blue wire . . .

the first "how to'" I found on an 87 cluster removal looked like a PIA, but maybe that's just because of my current frustration level-

Maybe I will sort out the TACH while I've got it apart, but that's seems to a whole other can of worms with 50 different "right ways" to do it . . .

Hmm, that's not sounding right. Doc's suggestions are good. I'm afraid I don't know what to expect for voltage on that blue wire with or without the engine running. And my car's across town these days, still parked at the old house.

As for cluster removal, it's a pain the first time but gets easier. The wiring connector deals are the worst part, they have levers that clamp down to the back of the cluster.

Key on I'd expect the charge light to come on in the cluster.

Getting the cluster out is pretty simple, just a bunch of phillips head screws...

Docwyte- you totally called it! No bulbs on the bottom half of the tach.
None- looks like the previous owner wanted to make the check engine light
disappear ;(

Ordered some bulbs and hopefully when I plug in the empties all will be good.
Fingers crossed-

Ugh- I replaced the bulbs on the back of the gauge, and still
No lights at all anywhere on the oil pressure/voltage gauge.

The volt gauge/needle is working though.

Any ideas? Issue with the circuit board on the back of the instruments?

Maybe I should give up and switch to a one wire set up.